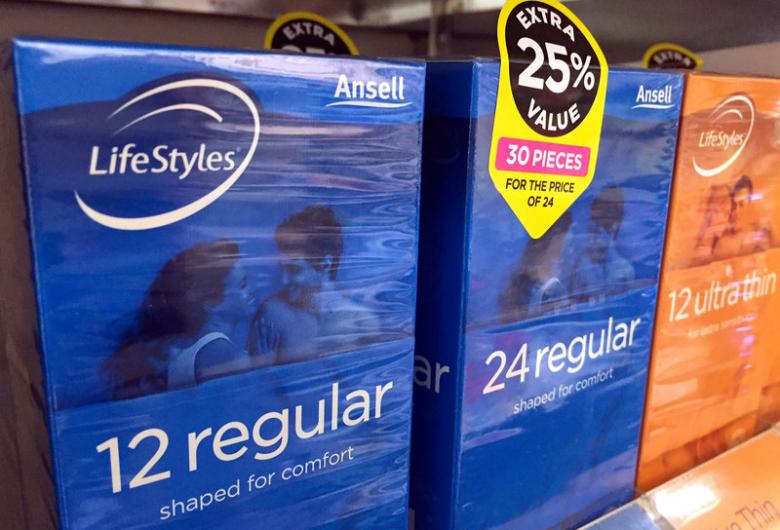 A Chinese consortium is buying Ansell Ltd's condom division, the world's no. 2 condom maker, for $600 million, betting on surging demand in China as sex becomes less of a taboo subject and more emphasis is placed on public health education.

The Australian firm, which put its oldest but smallest division up for sale last August, said it had reached an all-cash deal with China's Humanwell Healthcare Group Co Ltd and CITIC Capital China Partners.

Ansell's brands include Jissbon, which sounds like James Bond in Chinese, and it is the second-largest maker in China behind Reckitt Benckiser which owns Durex. It also competes with large local brands Donless, Double Butterfly and Gobon.

Foreign brands tend to have more of a cachet in China after some scandals involving cheap Chinese products.

For Ansell, however, it made sense to let go of a non-core division that comes with hefty marketing costs to focus on industrial and medical rubber products.

"It is our only consumer business, it is the only business where we're not number one in the world, it is a business with a dramatically different go-to-market in terms of marketing spend," Chief Executive Magnus Nicolin told investors on a conference call.

"The fact that we can now focus a little bit more narrowly on hand-and-body protection in both industrial and medical settings will give us a stronger platform, if you will, from which to lead the industry," he said.

The company expects to receive net after-tax proceeds of $529 million from the sale, and proceeds will help fund a $265 million share buyback of 10 percent of shares on issue as well as future acquisitions.

The business sold at nearly 16 times earnings from 2016.

"They've sold what was a smallish part of their overall business for a very good price, we think it's a good move," said Anton Tagliaferro, investment director at Investors Mutual Ltd, the biggest holder of Ansell stock.

Shares in Ansell climbed 4 percent on Thursday, their biggest daily gain in six months, while the broader Australian S&P/ASX 200 index was flat.