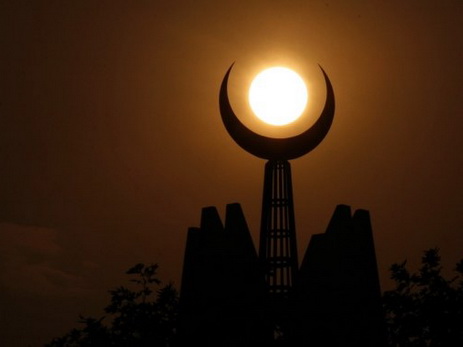 Muslims all around the world are ready to welcome the holy month of Ramadan which will begin on Friday evening, May 27.

Millions of Muslims will offer their first special evening Ramadan prayer called Tarawih Friday, which will then continue throughout the holy month.

Ramadan is believed to be a time of intense spirituality, when the believers are surrounded by angels, the gates of heaven are open, and Allah's blessings and mercy are abundant. But it is also a time of great excitement, filling the cities, especially Istanbul events calendar with jubilant festivities bringing the city to life when the sun goes down.

Fasting, held from dawn to dusk during Ramadan, is one of the Five Pillars [fundamental religious duties] of Islam. It is a time of self-examination and increased religious devotion.

There is also a holy night called Laylat al-Qadr, which means 'Night of Power', when the first verses of the Qur'an were revealed to the Prophet Muhammad.

Muslims are instructed to seek the Night of Power during the last ten days of Ramadan, particularly on the odd numbered nights.

It is reported that the Prophet said, "Whoever stays up (in prayer and remembrance of Allah) on the Night of Qadr, fully believing (in Allah's promise of reward) and hoping to seek reward, he shall be forgiven for his past sins."

The holy month will see many of the world’s 1.6 billion Muslims commit to a strict daytime fast, often taking the opportunity to make promises to improve their lives.

Muslims throughout the world fast for different hours. Longest fasting takes place In Iceland's capital Reykjavik with 20 hours and 41 minutes, followed by Finland's capital Helsinki with 19 hours and 28 minutes, Stockholm, Oslo and Copenhagen with around 19 hours.

Meanwhile, a tent to offer Iftar (break-fasting) meals has been set up in Russia’s capital Moscow.

“This year, it is the biggest tent compared to previous years. 500 people will be able to break their fast in the tent,” Azat Galarin, who is the in-charge of tent, told Anadolu Agency on Friday.

Galarin said they are planning to host a total of 1,200 people in one night.

Different events will be organized in the tent, he added.