Victims will be commemorated in "Heydar" Mosque 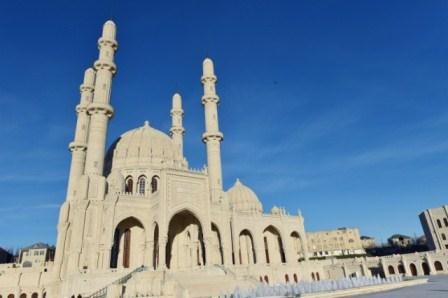 During Friday prayers in the Heydar Mosque on April 1 will be read prayers in memory of the victims of the genocide of Azerbaijanis committed on March 31.

It was told by the Chairman of the Mosque Complex Office, Haji Sabir Hasanli.

According to him, during the next Friday prayer unity sermon dedicated to the events of March 31 will be held, prayers to be read in memory of the victims of the genocide committed by the Baku Soviet and Armenian Dashnaks against Azerbaijanis during the period March 30 - April 3, 1918 in Baku, different parts of Baku province, as well as in Shamakhi, Guba, Khachmaz, Lankaran, Hajigabul, Salyan, Zangezur, Karabakh, Nakhchivan and other districts.