"To accuse Azerbaijan is illogical" 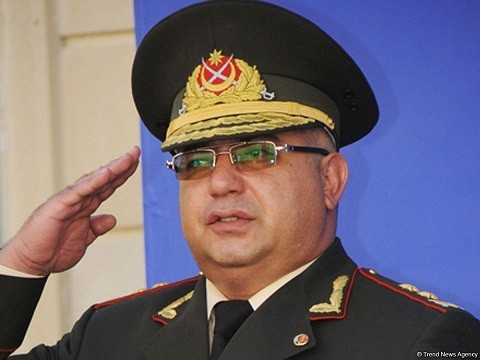 The Armenian leadership has been deliberately deceiving its people for a long time, for its own interests, deputy head of Azerbaijani presidential administration and defense issues assistant to Azerbaijani president, Lieutenant-General Vahid Aliyev said in an exclusive interview with Trend.

Aliyev was responding to a question regarding the Armenian side’s accusations that Azerbaijani army was the one first violating the ceasefire and launching the offensive, using artillery, armored vehicles and aircraft.

“One thing is to deceive its own people, but another thing is to blatantly deceive the international community,” he said.

"The matter rests in the fact that the violation of the ceasefire regime by Azerbaijan is illogical,” he said. “As opposed to the Armenian side, the civilians continue living densely thanks to the Azerbaijani armed forces. Everybody knows about multiple, sometimes violent provocations of the Armenian armed forces against Azerbaijani citizens.”

As an example, he brought up Armenians shooting at the wedding attendees near the border zone, shelling of shepherds, children, workers and burning of farmlands.

"It's impossible to list everything," Aliyev said. "This, becoming a habit of the Armenian side, couldn't last for long."

“On the night of April 1-2, the Armenian armed forces, more brutally and impudently, attempted to shell the civilian border villages by using large-caliber artillery weapons," he said. "This again resulted in civilian casualties. This could not and did not remain unanswered."

Aliyev went on to add that surely, in order to stop such attempts and protect the population in future, Azerbaijani armed forces had to suppress the enemy’s firing points.

“Everyone knows how it all ended,” he said. “Once again I’d like to express my condolences to the families of the deceased and pay tribute to our armed forces. When our army undertook the response measures, the Armenian side started to panic, flee, and our armed forces took the heights left by the Armenians. The Azerbaijani side always advocated for the peaceful resolution of this protracted conflict.”

“I would like to emphasize that we advocate for a peaceful solution, not peaceful continuation of the conflict,” he said. “It is clear that the Armenian leadership is guided by the ‘rule of force’ principle. They continue to think like it's the 1990s. They were, and remain people who came to power using the policy of war, blood of Azerbaijani and Armenian peoples, and continue to use the same principle."

“So, if they still don’t want to understand all this, then they must be forced to understand - if judging by the ‘rule of force’ principle, we have this force and if they want new victims they may continue acting in the same manner, we can only regret about this and do our job,” Aliyev said.