Serzh Sargsyan is in Azerbaijan 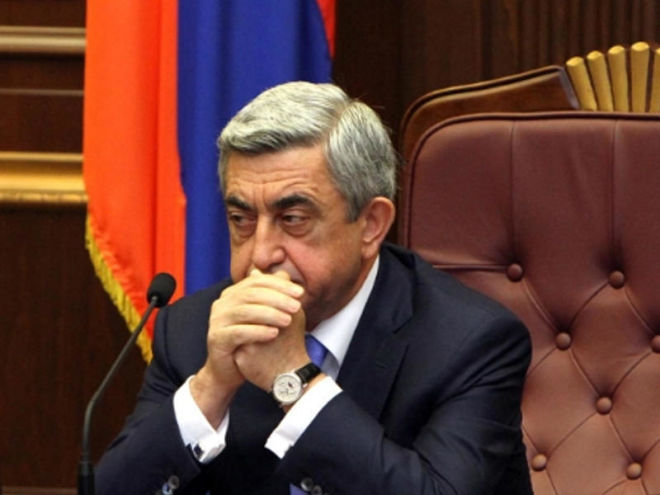 Axar.az reports that Sargsyan came illegally to Azerbaijan's occupied territories again. Sarkisian was welcomed in the Khankendi airport by Bako Saakyan, the head of the Karabakh separatists.

It is noted that Sargsyan visited the occupied territories on the anniversary of the "establishment" of the fictional regime in Karabakh.