President: 'Now people from Baku are going to villages' 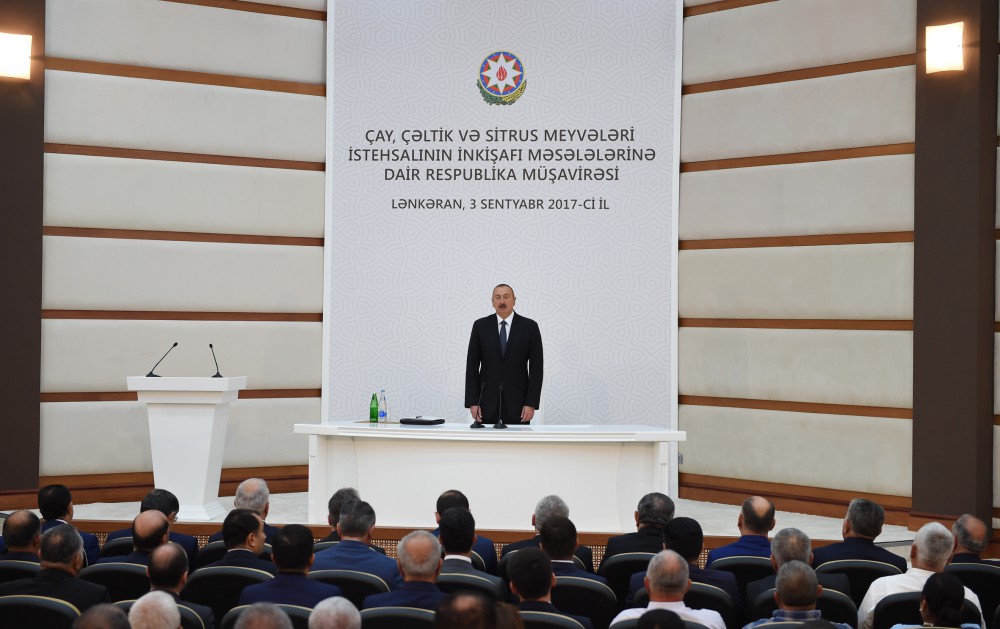 'As before, I want to emphasise today that Azerbaijani citizens are at the centre of all our affairs and our policy,' Azerbaijani President Ilham Aliyev said during the opening speech at the national meeting in Lankaran on the development of tea, rice and citrus production, the official website of the head of state informs.

Ilham Aliyev noted that an Azerbaijani citizen should live well, and in order to live well, there must be opportunities.

'Therefore, the solution of social issues, and especially issues related to education, health, have always been a priority for us,' said Ilham Aliyev.

The head of state noted that in recent years more than 3 thousand schools and more than 600 medical centres have been created and they serve people today.

'We already see that the migration from all regions to Baku that was observed in previous years decreased, and at the same time the reverse process began. Now people are returning from cities to villages. Because there are excellent opportunities for the development of agriculture,' said the president.