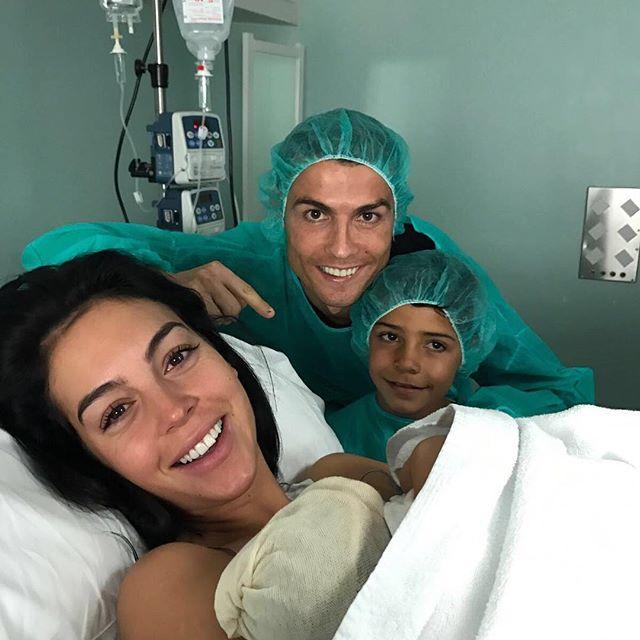 Real Madrid star Cristiano Ronaldo announced on Sunday that he had become a father for the fourth time after girlfriend Georgina Rodriguez gave birth to a baby girl, Alana Martina.

"Alana Martina has just been born! Both Geo and Alana are doing great. We are all very happy," the beaming 32-year-old footballer wrote on Twitter, posting a photo of himself, Rodriguez, his seven-year-old son Cristiano Junior and the new arrival, Axar.az reports citing Daily Mail.

Ronaldo is also the father of twins, Eva and Mateo, who were born in June.

At the end of October, the Portuguese star had revealed in a video on social media the name of the child as well as the proposed due date of the baby, initially fixed at November 21.

Ronaldo was on hand for the birth of Alana Martina after being rested by Portugal coach Fernando Santos for friendly matches against Saudi Arabia and the United States during the ongoing international break.