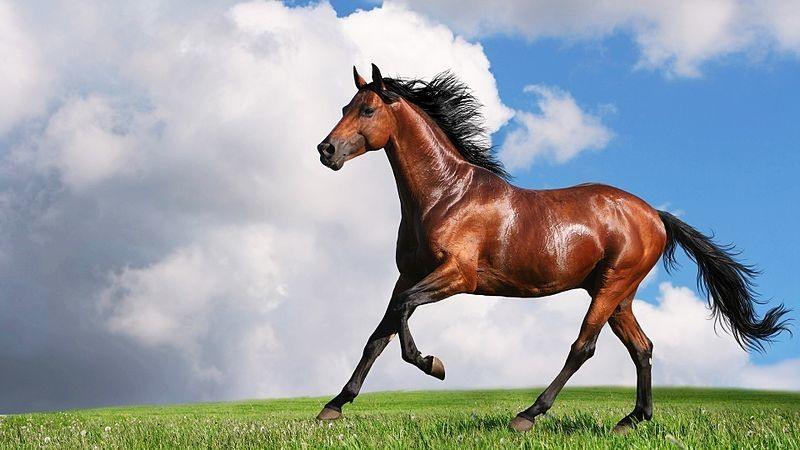 Police suspected foal play when they threw this horse in jail for kicking a car in Brazil.

Axar.az reports that to the surprise of its owner, Faceiro the horse was put behind bars for nearly 24 hours after being accused of criminal damage in Nossa Senhora Aparecida, north east Brazil.

The ‘bronco bandit’ was detained from Sunday evening until Monday afternoon to compensate the angry car owner who demanded the horse should be locked up until she had received payment for the damage.

A video of the dejected animal incarcerated in a military police prison cell has generated both amusement and anger on social media.

According to the owner William dos Santos, the arrest was ‘ridiculous and totally over the top.’

He said: ‘A young friend asked me to take the horse for a jog and I saw no problem in lending him out.

‘While he was riding, the horse got startled and kicked out hitting a woman’s car.

‘She called the police and an officer arrested my horse and took him to the police station.

‘When I arrived at the station, I found my horse was locked in a jail cell as if it was a common criminal. On top of this my pet had not been given any food or water and couldn’t move around in the tight space.

‘I took food for him on Sunday night but they wouldn’t let me feed him in the morning,’ he claimed.

Officers denied the animal had been mistreated.