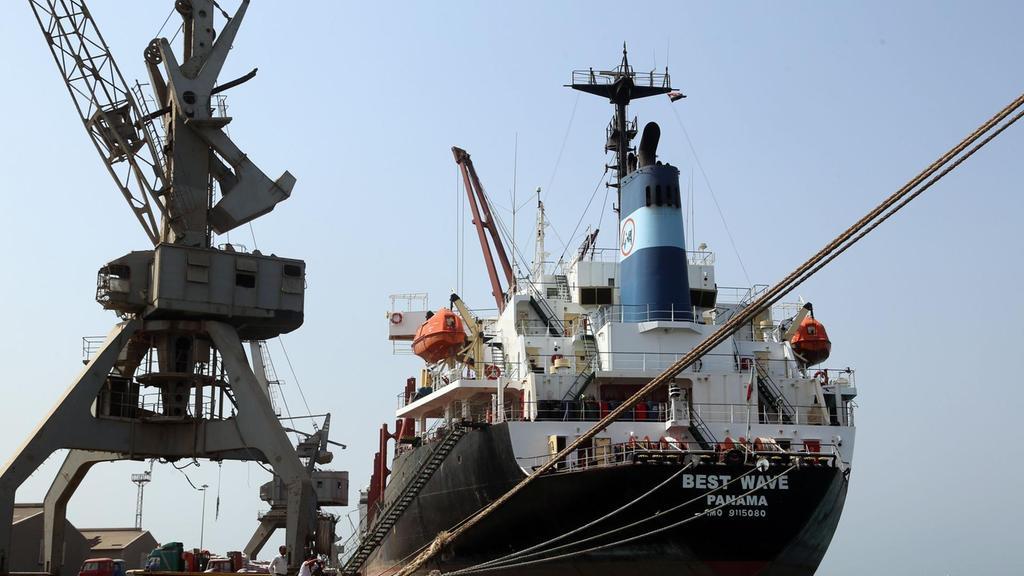 The delivery is the first after more than two weeks of a blockade by a Saudi-led coalition.

Axar.az reports citing Trust news agency that, a ship carrying 5,500 tonnes of flour docked in Yemen's Hodeidah port in the Red Sea on Sunday, the first after more than two weeks of a blockade by a Saudi-led coalition fighting the Houthi movement, local officials said.

Saudi Arabia and its allies closed air, land and sea access to the Arabian Peninsula country on Nov. 6, to stop what it calls a flow of arms to the Houthis from Iran. The action came after Saudi Arabia intercepted a missile fired towards its capital Riyadh.

Iran has denied supplying the Houthis with weapons.

The delivery is the first aid to arrive through Hodeidah port, controlled by the Houthis, after the coalition allowed a flight carrying humanitarian aid workers to the Yemeni capital of Sanaa on Saturday.

"The ship is 106 metres long and carries 5,500 tonnes of flour," one of the Yemeni officials said.

Aid agencies said the blockade had worsened the humanitarian crisis in Yemen where the war has left an estimated 7 million people facing famine and killed more than 10,000 people.

The coalition gave clearance for U.N. flights in and out of Sanaa from Amman on Saturday, involving the regular rotation of aid workers.

After re-opening Sanaa airport, UNICEF has also sent vaccines there.

The charity Save the Children said an estimated 20,000 Yemeni children under the age of five were joining the ranks of the severely malnourished every month, "an average of 27 children every hour".