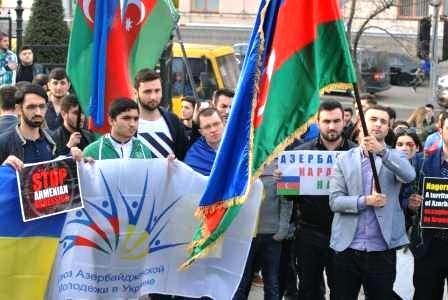 Azerbaijani diaspora has organized a protest action in front of the Armenian embassy in Ukraine in order to expose Yerevan's aggressive policy.

The protest action involved around 400 people.

Protesters were holding posters exposing the aggressive policy of Armenia, and were chanting patriotic slogans.