624 UXOs detected in Azerbaijan within a day 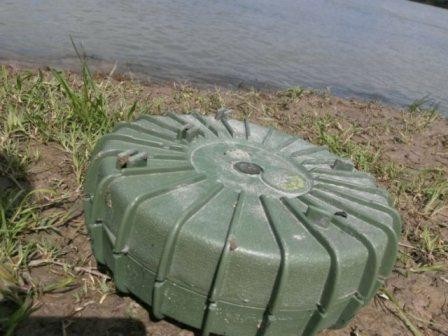 624 unexploded ordnances (UXOs) have been detected in Azerbaijan on 23 April 2016.


The Azerbaijan National Agency for Mine Action (ANAMA) has disseminated report on the detection of unexploded ordnances in Zerdab, Terter, Goranboy, Fuzuli and Agdam districts on 23 April 2016.


According to the report, in the village of Korpukənd, Zardab region a tactical signal mine was detected on April 22 and neutralized on April 23.

In the Afetli village of Aghdam district, local residents informed Agdam District Police Station on April 23, about 2 anti-personnel mines that came through flooded “Gar-Gar” river. Specialists of the agency immediately went to the scene and took security measures. The mines will be neutralized tomorrow (24.04.2016) by the way of exploding.


Within two days 3 air bombs (OFAB-50) and 618 units (126 of them during a phosphorus incendiary bullets) 12.7 mm small caliber ammunition detected in Kolayir village of Samukh district.


ANAMA is continuing the operations in the frontal villages.