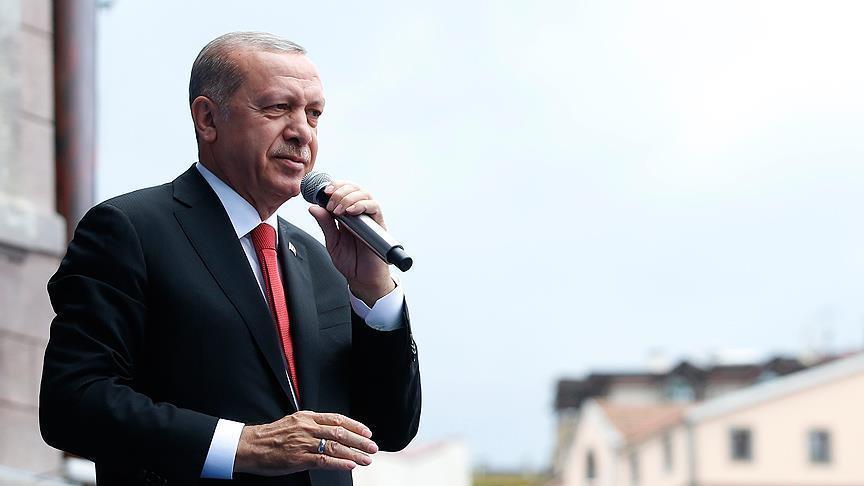 Turkey will continue its counter-terrorism activities in Syria, according to a declaration issued by the country’s National Security Council's Thursday.

According to the declaration, Turkey is determined to continue its increasing activities to “eliminate terrorism in Syria’s other regions.”

It called on international community to fulfill its political and humanitarian responsibilities more quickly and effectively.

Turkey expects the implementations of an agreed roadmap to clear Syrian city of Manbij from the terrorist organization, it said.

On Tuesday, a U.S. military spokesman said Washington is sticking to its agreement with Turkey on a roadmap for the northern Syrian city of Manbij, and not including the PKK/YPG.

Col. Sean J. Ryan, the spokesman for the U.S.-led Combined Joint Task Force, emphasized there are little elements of the YPG left in the area.

"As far as I'm tracking, there's very little YPG if any at all. And we are adhering to that agreement that the YPG will not be part of Manbij," Ryan told Anadolu Agency.

Turkey and the U.S. conducted more than 40 rounds of separate coordinated patrols in the region between areas liberated by Turkey's Operation Euphrates Shield and Manbij, according to Turkish officials.

Separate patrols by Turkish and U.S. troops in the region began June 18, however, joint patrols have yet to be conducted.

The YPG is a Syrian branch of the terrorist organization PKK and the focus of Turkey's counter-terrorist Operation Olive Branch in Afrin, Syria, near the border with Turkey.

In its more than 30-year terror campaign against Turkey, the PKK -- listed as a terrorist organization by Turkey, the U.S. and the EU -- has been responsible for the death of some 40,000 people, including those of women and children.

The declaration also pointed out the importance of Turkey-Russia agreement that called for demilitarization of the Syrian city of Idlib.