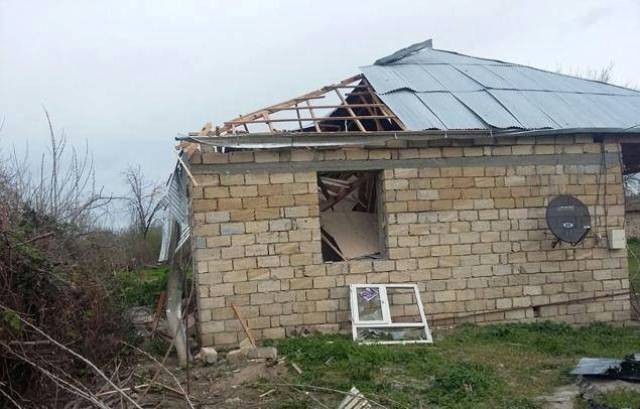 Last night, Armenians fired using heavy artillery, as result of that about 100 shells fell on the territory of Azerbaijan’s Aghjabadi district.

The head of the district executive authority Shahin Mammadov said.

Mammadov informed that about 50 shells thrown by Armenian military units landed in 35 courtyards in the district’s Garakhanli village, as a result of which 19 houses fell into disrepair.

One of the houses completely burnt down.