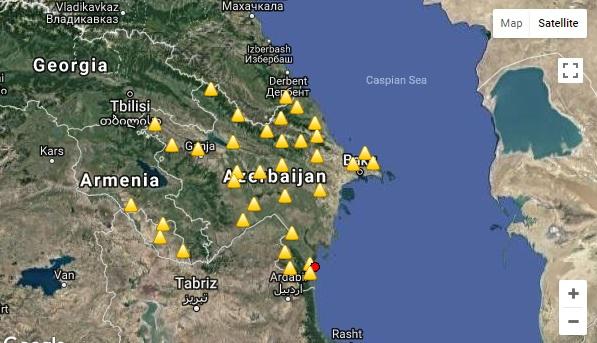 The commission on emergency situations has been formed in connection with the natural calamity in Shamakhi.

Mobile medical points are established in these villages. It is reported that the number of those who suffered has risen, most of them receive outpatient treatment.

Gas supply to the quake-hit regions has been suspended for security purposes.

According to the Republican Center of Seismological Service under the National Academy of Sciences of Azerbaijan, the underground tremor was recorded at 23.31, 11 km southwest of the Pirqulu station in Ismayilli. The tremors magnitude in the epicenter was about 6 points and in suburban areas, it reached 5.4 points.