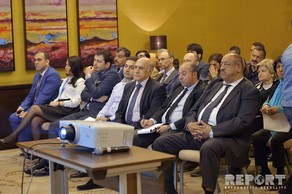 Research company "ACT Azerbaijan" has launched a survey in Baku on the conflict on frontline that aggravated on April 2-5.

97% of population supports military activities of Azerbaijan on frontline.

62% think that in these military operations other countries are present as third party.

92% of them believe that the main third party is Russia. Residents of the capital believe that France, US, Turkey and Iran are stimulators of last military conflict.57% think that Russia has deepened the conflict and 24% says it was Armenia.

The majority of residents (86%) think that the conflict was ignited by Armenia.

More than half of the population (65%) supports continuation of military operations.

85% of residents sure that in case of continuation of military operations by Azerbaijan Armenian the occupied territory of Nagorno-Karabakh and seven surrounding regions will be freed from Armenian troops.