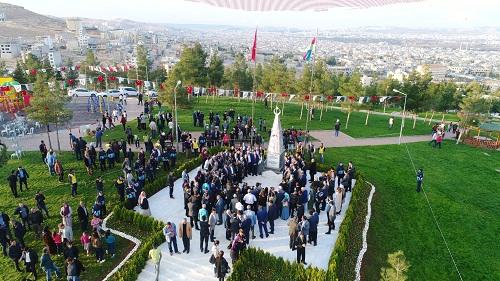 Due to the coming spring-summer season, the number of tourists visiting the national parks of Azerbaijan has noticeably increased in recent days, said Irada Ibrahimova, spokesperson for the Ministry of Ecology and Natural Resources of Azerbaijan.

Axar.az reports that according to her, over the four months of this year, the national parks of the country were visited by 11,131 tourists, 9,850 of which were locals and 1,281 were foreign tourists.

"Of course, it will be great if more tourists visit national parks. It is true that it is not always possible during wintertime, but since May we are expecting a significant increase in the number of visitors to the parks, due to the favorable weather and beautiful nature. Ecotourism is a new concept for us and we hope to achieve successes in this area," she said

Ibrahimova added that today there are 110 different tourist routes in the national parks.