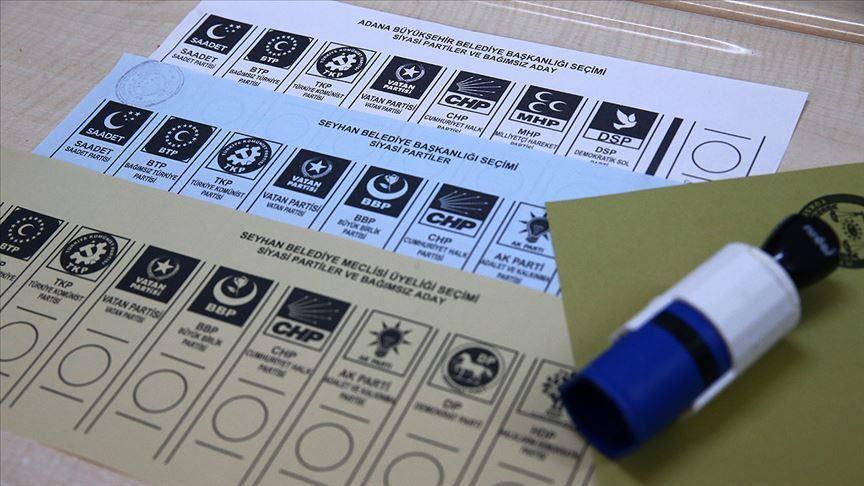 Turkey’s top election body on Friday announced guidelines for the revote in Istanbul on June 23 which will be held to choose a new mayor.

Axar.az reports citing AA that, the Supreme Election Council stressed the fresh vote will only be cast for the mayor of Istanbul municipality.

The head and members of the balloting committee will be chosen from public servants, the council said, adding that the committees cannot include police heads and officers, persons subjected to military law, and members and candidates of the Grand National Assembly of Turkey.

The list of the committee head and members will be given to political parties contesting the election.

Millions of Turkish voters cast their votes nationwide on March 31 in local elections to choose mayors, city council members, and other officials for the next five years.

The results for mayor of Istanbul were rejected by the ruling Justice and Development (AK) Party over voting irregularities.

On Monday, the YSK accepted the ruling AK Party's objection to the local election results in Istanbul and announced a do-over election.

In its decision, it said some polling officials and staff on March 31 were not public servants as required by law.

The council issued several other guidelines for the fresh polls.

The same candidates which contested the March election will compete for mayor in the revote, it said, unless there is a vacancy due to death or resignation. The rule applies to independent candidates as well.

The election body said it is not necessary to re-identify and announce the political parties which will contest in the revote.

The rules for the the printing of split-tickets remain the same as before.

Voter lists of the March election will also be used on June 23. Each voter will cast vote in the same ballot box assigned to them earlier.

Election schedules will be prepared and applied by the Provincial Election Council.