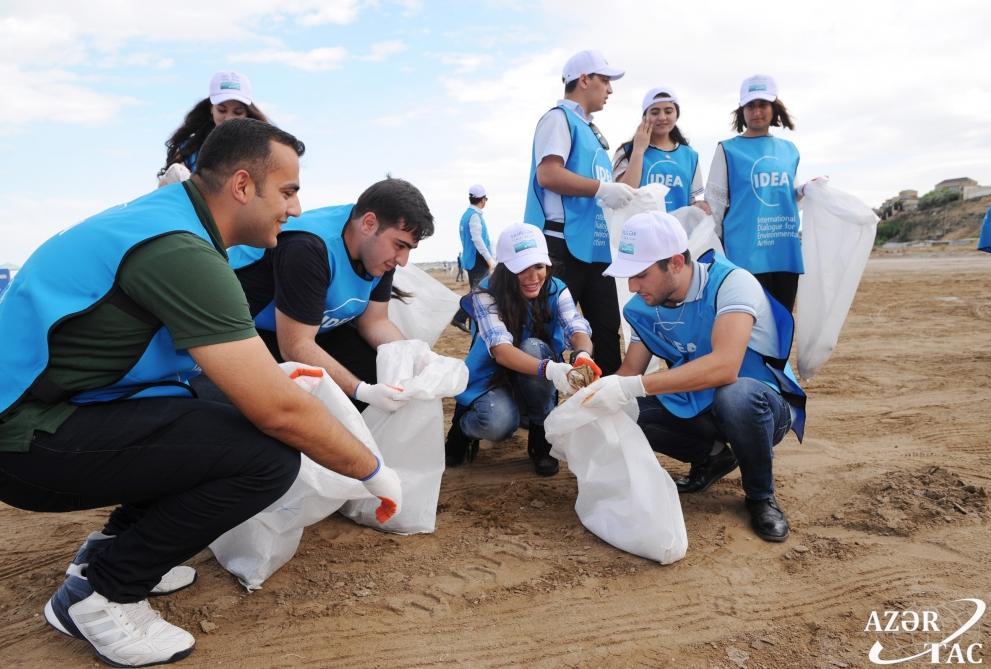 Due to the opening of the beach season on May 30, the next traditional coastal clean-up action was organized by the IDEA Public Union, with the support of Binagadi District Executive Authority.

Axar.az informs that, Vice-President of the Heydar Aliyev Foundation, founder and head of IDEA Public Union, Leyla Aliyeva and about 100 volunteers joined the campaign on Novkhani beach.

The main purpose of the event is to promote cleanliness on the seafront, to prevent coastal dumps from polluting household waste and to involve all young people in the fight for marine environment.

It should be noted that the public beach was chosen especially for holding the rally, the seats and sanitary junctions were installed in the area for free relaxation and safe rest, space for volleyball, garbage cans.

The clean-up campaign under the motto "Keep the coast clean" is the 11th rally held with the massive participation of young people on the Caspian coast.