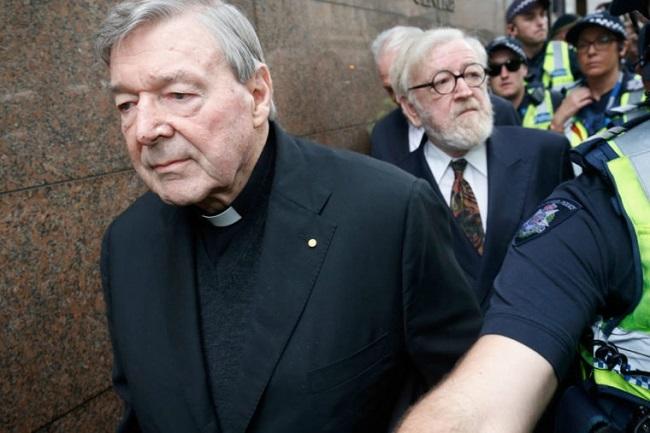 The most senior Catholic to be found guilty of child sex abuse has lost his appeal over the conviction.

He was sentenced to six years in prison in March and is no longer a member of Francis’ Council of Cardinals or a Vatican official.

Pell, 78, showed no emotion when Chief Justice Anne Ferguson read the verdict to a packed courtroom but bowed his head moments later. He wore a cleric’s collar but not his cardinal’s ring.

He had arrived at the court in a prison van and was handcuffed as he was led away by a guard.