All attempts to destabilize Azerbaijan to be thwarted decisively 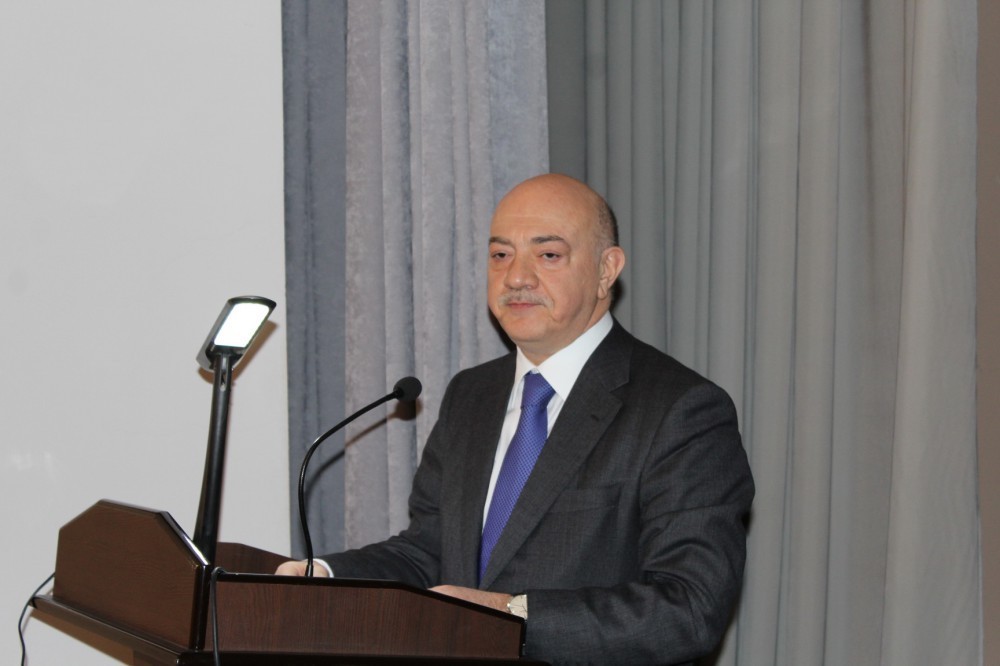 Department of the Presidential Administration for Work with Law-Enforcement Agencies Fuad Alasgarov on Saturday met with representatives of Masalli district.

Speaking at the meeting, Alasgarov said 2015 was a year of great significance for Azerbaijan in all fields, adding that in 2015 Azerbaijan’s president launched important initiatives and signed crucial documents for entrepreneurial development.

He said an average of 277 criminal incidents were recorded per 100,000 people in the country — a figure that puts Azerbaijan atop among CIS and European countries.

Alasgarov said that in recent years the world, including our region, has been facing crises not only in the economic but also political sphere.

"The price of oil on world markets sharply fell by 3-4 times. On the other hand, the national currencies of neighboring countries were devaluated 100 percent or even more. The global economic crisis affected our country, leaving a negative impact on revenues, causing manat to lose value. Despite this process, President Ilham Aliyev has been taking all necessary steps to minimize the impact,” he said.

“Social and political stability is a key factor for successful economic reforms. Recent demonstrations in some regions of the country once again showed that there are forces inside and outside Azerbaijan trying to use possible minor discontent among the population to destabilize Azerbaijan. Taking the advantage of the aftereffects of manat’s devaluation, a number of opposition parties and religious extremists attempted to create local demonstrations in the country. But the people of Azerbaijan have once again demonstrated that they do not side with such forces. No one wants a repeat of these events again. Therefore, all attempts aimed at destabilizing the situation in the country will be prevented. At present, every government representative should be aware of their responsibility and show special sensitivity to the problems of the people,” he said.