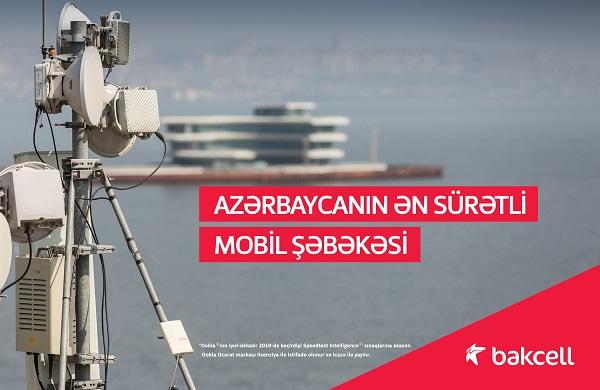 Bakcell, the First Mobile Operator and Fastest Mobile Internet Provider of Azerbaijan has implemented the largest-scale LTE rollout in Azerbaijan. Within just 4 months since May 2019, Bakcell has installed more than 1000 new LTE base stations, equipped with 4.5G technology. This is one of a kind project, which is implemented for the first time in Azerbaijan and the entire region in general.

Axar.az reports that today, with more than 2700 4G base stations, Bakcell has the largest 4G network in the country in terms of coverage area and capacity, covering almost 91% of the country’s population and the central parts of all the regions of Azerbaijan (excluding Nakhchivan AR and occupied territories).

It is noteworthy that Bakcell enabled a 225 Mbps support in its ultra-fast 4G network by upgrading it with LTE-Advanced Carrier aggregation technology. Bakcell is proud to be one of the few networks in the world using carrier aggregation technology and having LTE-Advance technology. Thanks to this technology, Bakcell users are able to watch or upload high-resolution 4K content, have instant access to entertainment, live HD quality streams, sports, and concerts in real-time and increasingly sophisticated next-generation mobile applications.

Bakcell was the first mobile operator in Azerbaijan to launch commercial use of 4G services and the first to launch its 4G network in Baku subway.

The quality and high speed of mobile internet, offered by Bakcell is recognized even on the international level. Thus, in the year 2018, Bakcell was named “the Fastest Mobile Network of Azerbaijan”. This award was presented by “Ookla”, being a world-famous company for its “Speedtest” service. Back in 2017, Bakcell network was recognized as the “Best in Test” in Azerbaijan by P3 Communications, being one of the most trusted independent authorities in mobile benchmarking.