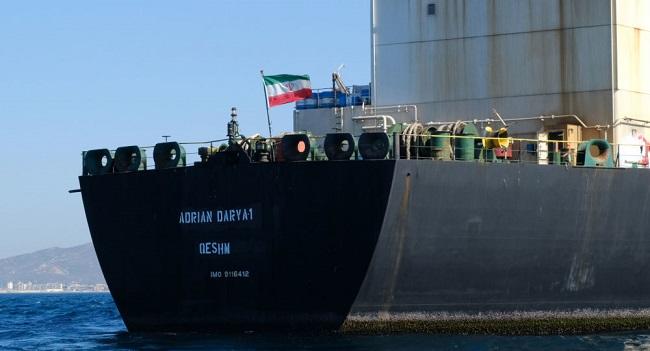 Satellite images show that a once-detained Iranian-flagged oil tanker sitting off the coast of Syria has been approached by a smaller Iranian tanker, an indication the ship could be preparing to transfer its cargo.

Axar.az reports citing AP News that images released by Maxar Technologies on Thursday show the Jasmine alongside Adrian Darya 1 on Wednesday night, with mooring lines between them and a crane deployed on the larger vessel.

The Adrian Darya 1, formerly named the Grace 1, was detained off the British overseas territory of Gibraltar in July, carrying $130 million in crude oil on suspicion of breaking European Union sanctions by taking the oil to Syria. Gibraltar later released the tanker after it said Iran promised the ship wouldn’t go to Syria.

The ship later sailed toward the Syrian coast, angering Britain.