"Azerbaijani IDPs must return to their native lands" 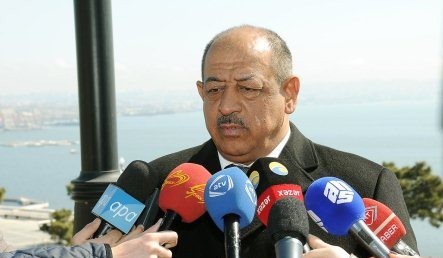 The negotiations on the settlement of the Armenian-Azerbaijani Nagorno-Karabakh conflict should be intensified, chairman of the “Azerbaijani Community of Nagorno-Karabakh” Public Union, head of the Shusha region executive authority Bayram Safarov said on Tuesday.

He was commenting on the meeting of the Azerbaijani and Armenian presidents which took place in Vienna on May 16.

Safarov said there are expectations from the Vienna meeting of the presidents.

“We can expect results from this meeting. However, the talks on the settlement of the Nagorno-Karabakh conflict should be completed soon, and Azerbaijani IDPs must return to their native lands. Let’s wait for the next meeting of the presidents to be held in June,” he noted.

Safarov added that the current leadership of Armenia impedes contacts between the Armenian and Azerbaijani communities of Nagorno-Karabakh.