Anti-Muslim letter sent to a mosque in Berlin 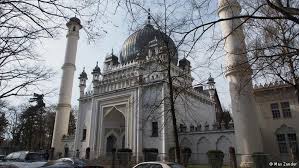 Investigation launched into charges of racism against Muslims, says head of Islamic Federation of Berlin.

Axar.az reports citing AA that an anti-Muslim letter was recently sent to a mosque affiliated with the Islamic Federation of Berlin, the organization’s president said Monday.

The letter, which contained abusive language towards Islam, was later brought to the police, Murat Gul told Anadolu Agency.

Gul said an investigation was launched on charges of racism against Muslims.

He said the mosque’s administration decided not to disclose the name of the mosque to prevent it from being further targeted.

"We feel that xenophobia and Muslim hatred have increased in Germany,” he said.

He emphasized that Germany is one of the safest countries, adding that the police should take precautions in order not to prejudice this.

Gul also urged politicians to step up the fight against right-wing extremism in the country.