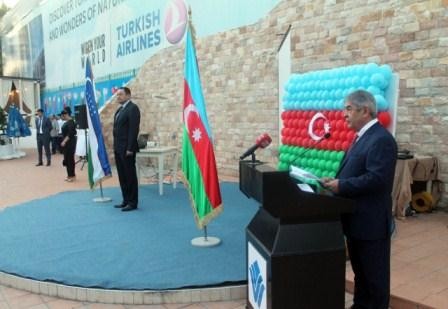 Azerbaijan`s Embassy to Uzbekistan has held a celebrative event marking May 28th – the Republic Day.

Ambassador Huseyn Guliyev highlighted the history of Azerbaijan`s independence. He praised the relations between the two countries.

Other speakers at the event, including members of the Azerbaijani diaspora praised Azerbaijan`s economic reforms, President Ilham Aliyev`s foreign policy.

The event brought together Adkham Ikramov Deputy Prime Minister of Uzbekistan, as well as ambassadors of foreign countries accredited in Tashkent, governmental officials, representatives of the international organizations, public figures, members of Azerbaijani Diaspora and Media.