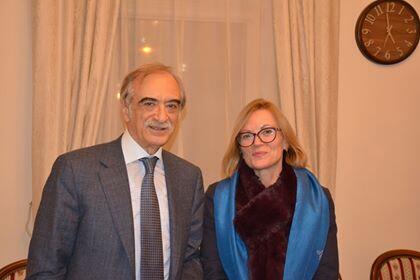 On January 14, the Ambassador of Azerbaijan to Russia, Polad Bulbuloglu met with, the newly appointed ambassador of the United Kingdom of Great Britain and Northern Ireland to the Russian Federation Debora Bronnerti.

Axar.az informs that, the ambassador of Azerbaijan, congratulating his colleague on his appointment to Russia, wished him success in his diplomatic career and gave detailed information about his work as a duo of diplomatic corps accredited in Russia.