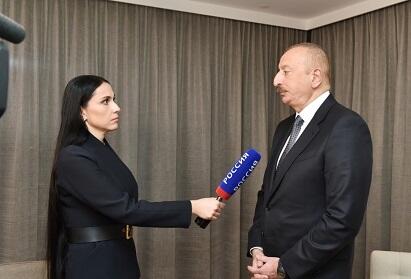 President of Azerbaijan Ilham Aliyev gave an interview to Russia's Russia-24 television channel in Davos on January 20 as part of the World Economic Forum.

Axar.az informs that, the channels "Russia-1" and "Russia-24" broadcast an interview of the head of state.

An interview was broadcast on Russia-24 television channel.