Austrian scientist spoke on the changes in Baku 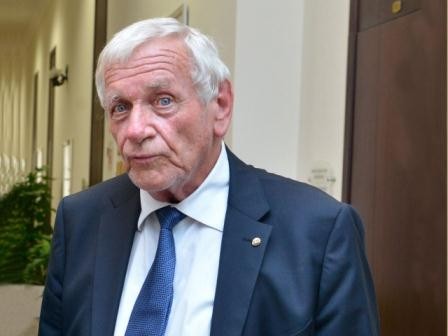 Professor Peter Kopacek, the founder and director of Master programme on engineering management at Vienna University of Technology, world famous Austrian scientist after two days of training held at Baku Higher Oil School (BHOS) shared his impressions with us in connection with his visit.

Mr. Kopacek finished his doctorate studies on management with distinction in 1971. Between 1986 and 1990 he worked as professor for "Systems Engineering and Automation" at University of Linz, Austria. From 1990 - 2008 he headed the Institute for 'Handling Devices and Robotics', Vienna and he was the president of the Austrian Society for Systems Engineering and Automation (SAT). Since March 1985 Mr. Kopacek worked as vice president and general secretary of IFAC/Austria and of ÖGART (Austrian Society for Automation and Robotics) the Austrian IFAC. He received three Honorary Doctor titles. He is also corresponding member of the Saxonian Academy of Sciences and the German Academy of Technical Sciences. He is a member of IFAC, IFR, IEEE and a winner of 'Engelberger' award from the Industrial American Robotics Society. Professor Peter Kopacek is the author of six books and more than 300 articles. It should be noted that Mr. Kopacek visited Baku for the first time in 1978.

So, it is your second visit to Azerbaijan. In this connection, what kind of changes did you see in Baku compared with your first visit?

Your country and Baku city has changed a lot within the past years. Now Baku more looks like some western city. I do not know what the future actions of city authorities will turn to be. If they plan to construct a business and tourism megalopolis it is all right. It is impossible not to see changes that took place in Baku.

After two days of training what impressions have you formed about BHOS and our students?

I have been informed that BHOS is comparatively new school. It was founded 2011 enrolling Bachelor students. It was impressive for me that only the best students from the secondary schools are able to be admitted to BHOS. They are very bright students.

Would you be glad to return to Azerbaijan particularly to BHOS?

First of all I must say that I am not young. However if BHOS invites me, there is no problem for coming back. It is exciting for me to learn new environment. I often visit countries of the world.