The oldest cancer survivor in the world 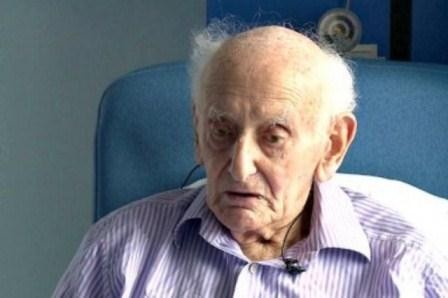 A 99-year-old man from England is thought to be the oldest person in the world to ever beat cancer.

Victor Marston, from Dorset, was rushed to hospital earlier this month with excruciating stomach pains.

After being admitted to casualty, Mr Marston underwent a CT scan to try and find the problem.

Dr Sanjaya Wijeyekoon said: “I was notified by our registrar team that a gentleman his late 90s had presented to casualty with features suggestive of a blockage in the bowel.”

But when doctors investigated further, they discovered a cancerous tumor blocking his bowels.

Dr Wijeyekoon, consultant surgeon, confirmed the diagnosis to the nonagenarian, who then outlined his options.

The pensioner said: “They gave me three options, the first one was have a go at that blockage but there’s some dangers involved with that, and the last one was you can just pass on.

“I didn’t fancy that I thought I don’t see why I can’t go on a bit longer.”

They decided to operate that same evening, just a few hours after he was admitted.

The surgery was a resounding success, and after Mr Marston’s clean bill of health medics think he may be the oldest cancer survivor in the world.

Dr Sanjaya Wijeyekoon called his recovery an “inspiration” after the operation on May 8.

He said: “The operation was very successful. Mr Marston has made a remarkable recovery thereafter.

“I think Mr Marston is unique because of his age and how rapidly he’s managed to get through.”