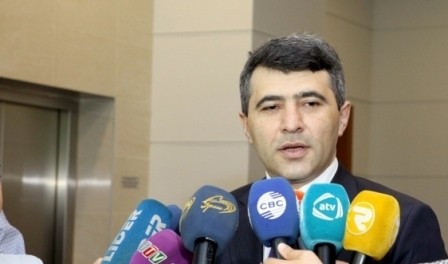 Azerbaijan will soon start the application of the ASAN Viza system, Inam Karimov, chairman of the State Agency for Public Service and Social Innovations under the President of the Republic of Azerbaijan, told reporters on Thursday.

After the creation of the ASAN Viza system, issuing of visas will be implemented through a single portal, according to Karimov.

“Foreigners wishing to travel to Azerbaijan can use the ASAN Viza portal. All the required documents and information are available on this portal. They can get e-visa without appealing to any public and private agencies,” he said.

Karimov noted that Azerbaijan’s Foreign Ministry will make a list of countries whose citizens will be able to receive e-visas.

“Citizens of the listed countries will be able to obtain e-visas. Of course, other procedures for obtaining visas remain in force. The issuance of ASAN Viza will be implemented within three days. This procedure will be followed by the Foreign Ministry,” he added.

Azerbaijani President Ilham Aliyev signed on June 1 the decree on simplification of visa procedures and creation of ASAN Viza system. The State Agency for Public Service and Social Innovations under the President of the Republic of Azerbaijan is to create the ASAN Viza system to issue e-visas for foreigners and persons without citizenship, arriving in the Republic of Azerbaijan and ensure its management. The draft regulation on the ASAN Viza should be presented to Azerbaijani president in a month.