Taxis to switch to card payment 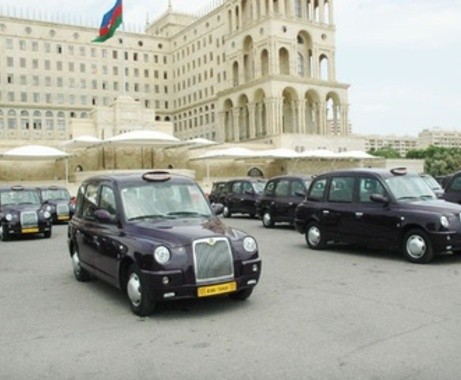 The Baku Transport Agency plans to apply innovations to facilitate the use of public transport by residents and guests of the capital city.

The Agency develops a new concept aimed at a comfortable and safe movement of people in taxis and buses.

Under the concept, several mandatory rules will be applied in relation to bus and taxi drivers.

Proposed changes will be considered during the summer months and then carried out gradually.

Bus drivers will have to pass a specific examination in order to ensure their capability for safe transportation of people. To this end, a special education centre under the Baku Transport Agency was established.

Moreover, buses will be equipped with new GPS-trackers that will send all required data to the dispatch center.

The information will indicate the vehicle’s location, speed, fuel consumption and condition of the equipment, including the data if the engine is on, doors opened, etc. Thus, drivers will be under a stricter control. The important fact is that they will not be able to affect the process of a GPS-tracker work as the software will immediately detect and report the dispatchers about any intervention.

Another change to be implemented is optimization of bus routes, as some parts of the city suffers from lack of buses while others have extra and unneeded ones.

Among the proposed innovation is also installation of cameras in cabs and application of card payment system. This system is already available in subway and bus transport, and significantly facilitates the payment process.

“Baki Kart” card cashless fare has been applied in the country since autumn 2015. The cost of the new card is two manats. The card payment system is being implemented within an intellectual transport management (ITM) system, which was launched in December 2011.