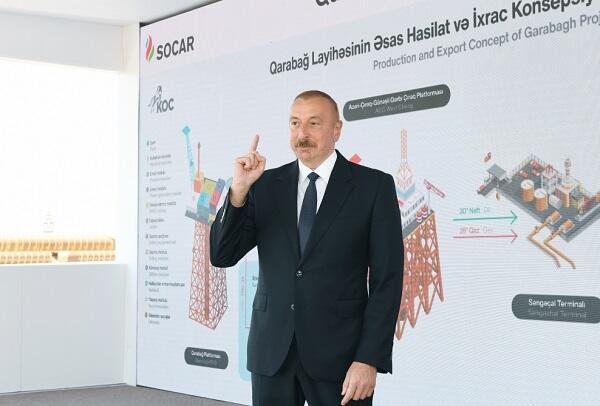 In the early 1990s, the then leadership of Azerbaijan - the AXC-Musavat duo - allowed our lands to be occupied. That is, as a result of their betrayal, treachery and desertion, our lands have been occupied. Azerbaijan, if such an analogy can be made, left Karabakh.

Axar.az reports that, the statement came from President Ilham Aliyev in an interview with Azerbaijan Television on August 10 after the ceremony of launching the support block of the Karabakh field at the Heydar Aliyev Baku Deepwater Jackets Plant.

"In 2016, we returned part of our lands, expelled the occupiers from those lands, and life returned to those territories, citizens returned, Azerbaijan returned. I am confident that Azerbaijan will return to its homeland, the land of Karabakh. Our territorial integrity will be fully restored, just as today we return to the once abandoned Karabakh field, in the same way we will return to our native Karabakh. Karabakh is ours, Karabakh is Azerbaijan! ”Ilham Aliyev said.