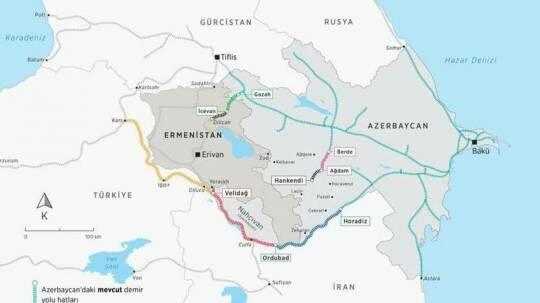 The trilateral statement signed between Russia, Azerbaijan, and Armenia after the successful 44-day military operations of the Azerbaijani Army in the Great Patriotic War will ensure the establishment of new transport links in the region and the transition from war to economic recovery.

Axar.az reports that the article touched upon the issue of agreeing on the construction and rehabilitation of new railway lines at a trilateral meeting in Moscow on January 11 and published a map of the new transport infrastructure.

- A new 166 km railway from Horadiz to Ordubad. 43 km of it will pass through Armenia.

- A new railway line from Aghdam to Khankendi.