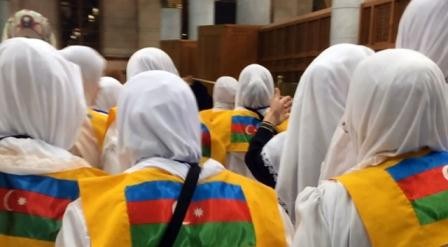 Azerbaijan has changed the 2016 Hajj flight route due to the tragedies that occurred during the pilgrimage last year and problems encountered during the flight of pilgrims, the Caucasian Muslims Office (CMO) told on Thursday.

According to the CMO, the route of Baku-Jeddah-Medina-Mecca was changed, pilgrims will travel directly to Mecca and leave for Medina after making pilgrimage. They will return from Mecca.


On 1 April 2016, the CMO started the process of registration for Hajj pilgrimage. The Hajj pilgrims are set to depart from Azerbaijan on September 2, after performing Hajj 2016, the Azerbaijani pilgrims will return home on September 18. In accordance with the agreement reached with Saudi Arabia, Azerbaijan has set a quota of 1,040 pilgrims for the 2016 Hajj pilgrimage. There are several options offered to pilgrims. One option, which offers more prestigious hotels where guests can have much more expensive meals and stay in four-bed rooms, will coast $4,500. The other, which offers relatively cheaper hotels with six-bed rooms, will coast $3,500. The cost of hajj pilgrimage is $1000 more expensive this year than it was last year.


In 2015, as many as 2,400 Azerbaijani pilgrims left for Hajj. Three of them died and were buried in Mecca. Quota for Hajj pilgrims is 1,500 people this year. Registration is carried out only by the CMO.