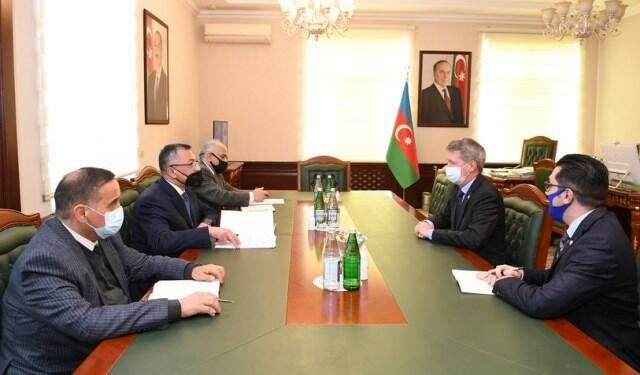 Axar.az reports the State Committee stated that the sides exchanged views on the return of IDPs to the liberated territories.

The British diplomat was informed in detail about the measures taken by President Ilham Aliyev to address the problems of IDPs.

It was noted that First Vice President Mehriban Aliyeva also pays special attention and care to this category of citizens.

The ambassador praised the end of the conflict in the region and the creation of conditions for the return of internally displaced persons, and spoke about his country's opportunities to support lasting peace.

Issues of mutual interest were discussed at the meeting.