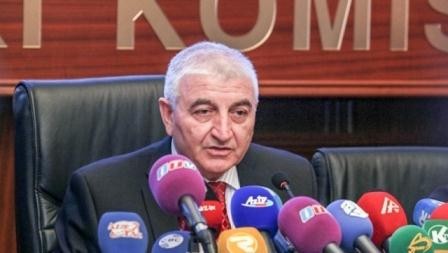 The chairman of the Azerbaijani Central Election Commission Mazahir Panahov has announced preliminary results of the repeat Elections to the Milli Majlis of the Republic of Azerbaijan (The National Assembly) on Aghdash Con.EC # 90, held on June 18.


According to report, Mazahir Panahov noted that all - 40 polling stations for Aghdash constituency number 90 submitted reports.

Thus, the leading candidate of the re-election on Aghdash Con.EC # 90 is candidate of the ruling New Azerbaijan Party, Javid Osmanov with 85.56 percent of the votes. And 7,84% of voters voted f0or the runner-up candidate from the Umid Party Igbal Agazade.


In the elections have participated seven candidates.


It should be noted that the voter turnout in the repeat elections to the Milli Majlis was 57.9 percent.