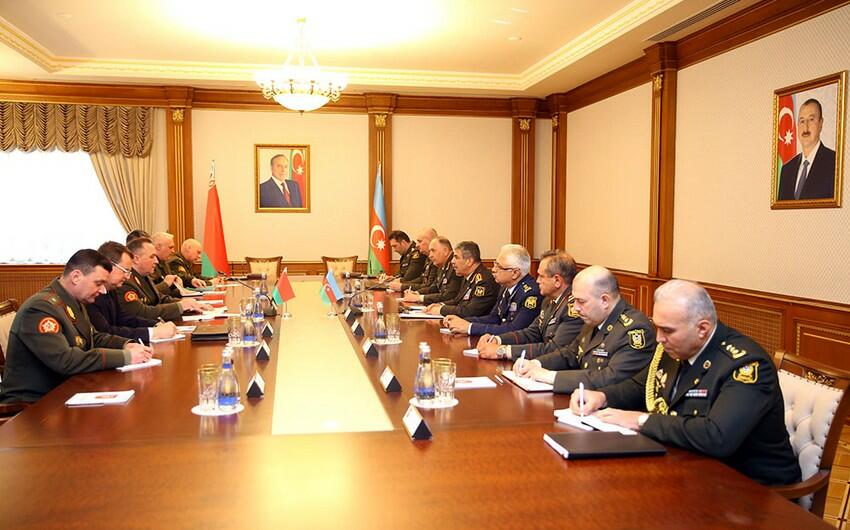 On May 18, Defense Minister Colonel-General Zakir Hasanov met with a delegation led by Belarusian Defense Minister Lieutenant General Viktor Khrenin, who is on an official visit to Azerbaijan.

Axar.az this was reported by the Defense Ministry.

The Belarusian delegation first visited the Alley of Honors, laid wreaths and flowers at the tomb of national leader Heydar Aliyev and paid tribute to his memory.

The guests also visited the graves of the heroic sons of the Motherland who died in the struggle for independence and territorial integrity of our country in the Alley of Martyrs and laid wreaths and flowers.

Then an official welcoming ceremony was held at the Defense Ministry.

The guest passed in front of the guard of honor, the national anthems of both countries were played and the "Book of Honor" was signed in accordance with the protocol.

The Azerbaijani and Belarusian military delegations met in an expanded format.