Altwaijri condemned the trip of Garegin II to Khankendi 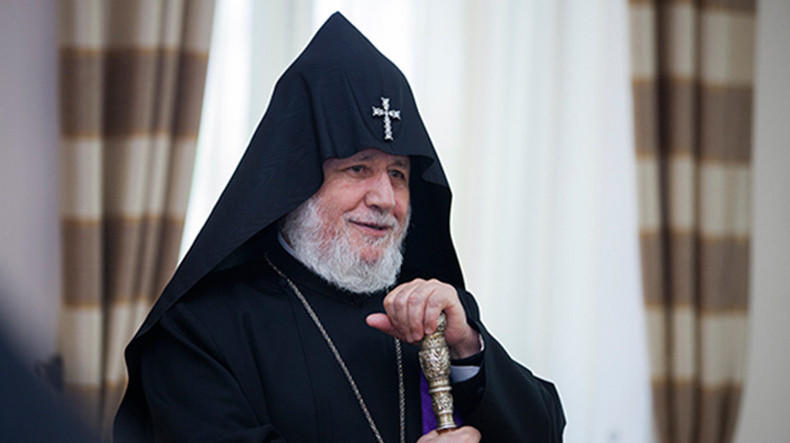 Former Director-General of ISESCO, Member of the Nizami Ganjavi International Center Abdulaziz Altwaijri has issued a statement condemning the trip of Garegin II to Khankendi.

"The trip of the Catholicos of Armenia Garegin II to Khankandi and his expressions of revenge-seeking slogans are so strange to come from religious authority. Instead of calling for peace and reconciliation, he chose the language of hatred and war.

The Armenian Church unfortunately is spreading false information that Christian religious sites intolerant and multicultural Azerbaijan are under threat. This is absolutely false, for freedom of worship is a glorious feature of Azerbaijan.

I am one of many international officials who witnessed this reality and saw how churches and synagogues in Azerbaijan are well respected and protected, and we always expressed appreciation and regards to Azerbaijan and its leadership for this tolerant policy. We, Members of the Nizami Ganjavi International Center actively working on the Restoration and protection of the Cultural Heritage of the South Caucasus.

This false claim by the religious authorities of Armenia comes while there is not a single surviving and non-desecrated mosque and Islamic religious site in the territories liberated from Armenian occupation.

The belligerent rhetoric and conduct do not help to create an atmosphere of confidence and harmony between the people of the region, to the contrary, it incites more extremism and hatred.

Calls for death, occupation, torture and violence instead of those for peace, good neighbourliness and coexistence run counter to religious values," the statement reads.