The President inaugurated in Naftalan - Photo 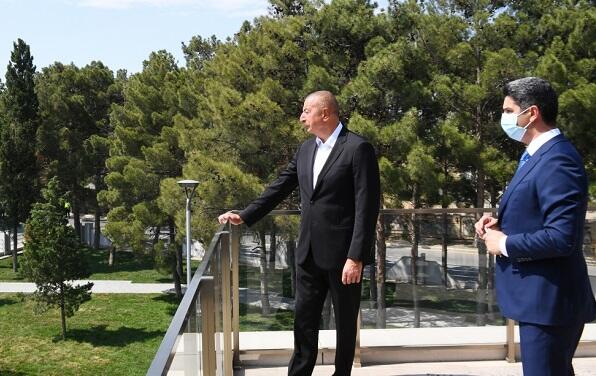 President of Azerbaijan Ilham Aliyev has today visited Naftalan as part of his visit to the western part of the country.

Axar.az reports that the head of state laid a wreath at the monument to national leader Heydar Aliyev in the city centre.

On July 22, a 200-seat nursery-kindergarten was opened in Naftalan.