We see everything, both Khankendi and the corridor 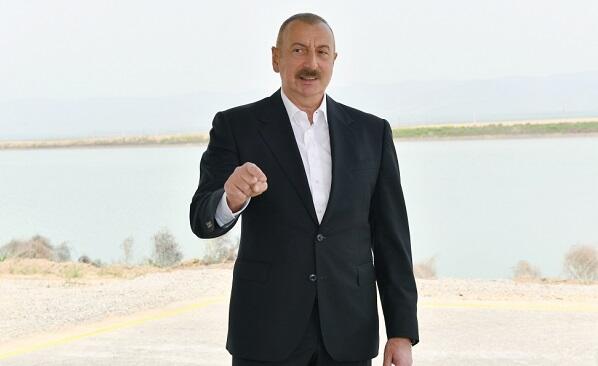 But in terms of status, today there are 25,000 people living there. Our information about the processes taking place there is quite large and diverse. We knew before and before the war what was happening there. Of course, we still know, because they are under our feet. The real number of people living there is 25 thousand. Other figures suggest that more than 50,000 people may have returned after the war, but that does not mean they will stay. He returned, then left and returned.

Axar.az reports that the statement came from President Ilham Aliyev in an interview with Azerbaijani Television.

"Secondly, we have various technical means, satellites. We know the number of cars there. We see the movement of people. As they say, there are other objective means, based on which we know exactly how many people live there - a maximum of 25 thousand. We monitor daily At the same time, we see cars coming from abroad and said that it should be stopped, this is not good, this is our territory. How can a foreign car enter without our permission. And if someone thinks that we do not see it, he is wrong. In some cases, Armenian license plates are pasted on those cars. But we are there, we are in the corridor. We see everything, both Khankendi and the corridor. Therefore, it must be stopped. The number of cars is much higher than the number of cars entering. What is the logic of creating a status for 25,000 people?" he said.