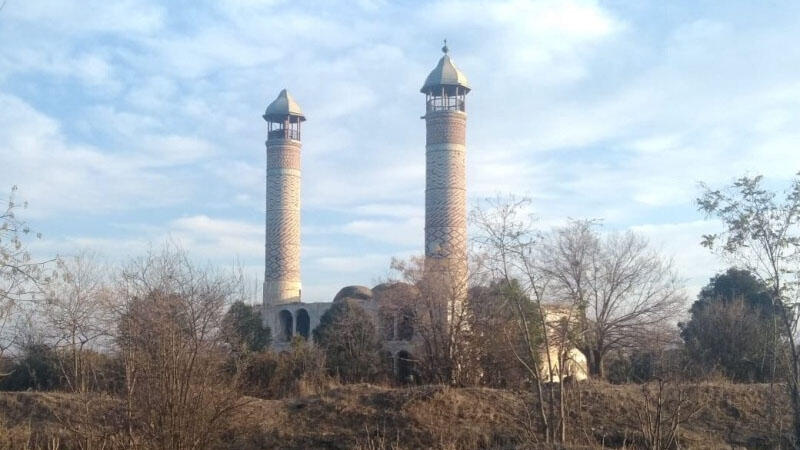 Journalists from Japan, Spain, Italy, Bulgaria and Jordan visited the Aghdam region on July 31 as part of their visits to our liberated territories.

Axar.az reports that foreign media representatives were informed in detail about the history of Agdam, the current situation, the destruction committed by Armenians in the region, as well as the vandalism of our historical, religious and cultural monuments, as well as the construction work to be carried out in the region.

It was noted that before the occupation by Armenia, Agdam was one of the largest and most developed cities not only in the Karabakh region, but also in the republic. Industry and agriculture were developed here. After the occupation of Aghdam on July 23, 1993, Armenians looted, destroyed and burned houses, public buildings, schools, cultural centers, kindergartens, hospitals and industrial enterprises in the city and villages of the region. Cemeteries and historical and cultural monuments in Aghdam were also vandalized by Armenians. Aghdam, once one of the most beautiful cities in Azerbaijan, is now reduced to rubble.

Representatives of foreign media got acquainted with the samples of new mosques, building typologies and suburban facilities, road and transport infrastructure for the city of Agdam.

Then the guests looked at the remains of buildings destroyed by Armenians on the central street of Aghdam. The remains of the Aghdam Drama Theater are also on this street. The guests were informed in detail about the damage caused by Armenians to our cultural heritage, including the Aghdam State Drama Theater. He said that Armenians, who destroyed everything during the occupation, also destroyed cultural centers and music schools. It was reported that the Victory Museum and the Open-Air Occupation Museum will be established in Agdam. The remains of the theater building will also be kept in the open-air museum.