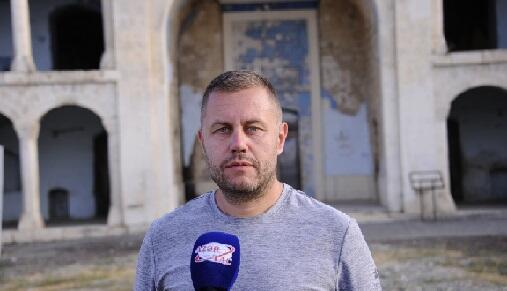 It is unfortunate to see this big city in ruins. Aghdam is in a worse situation than I imagined.

Axar.az reports that this was stated by the correspondent of the Bulgarian National Television Georgi Milkov.

The journalist said he was deeply saddened to see Aghdam destroyed.

“I saw pictures of animals being kept in the Juma Mosque in Aghdam. This is not only a mistreatment of Islam, but of all humanity. I have been in the war zone in many countries, but I saw the most tragic face of the war in Agdam."