A procession was held to the Turkish martyrdom in Ajidara 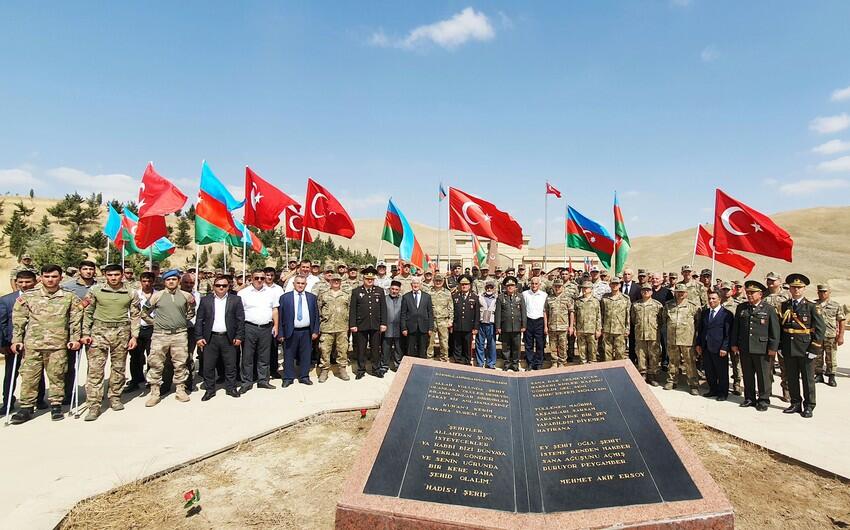 The march organized by the Ministry of Defense of Azerbaijan was attended by servicemen of the Azerbaijani army, employees of the Turkish military mission accredited in Azerbaijan, Turkish soldiers, and officers taking part in international exercises held in the country, participants and invalids of the Patriotic War.

Axar.az reports that a wreath was laid at the memorial in memory of 1130 martyrs of the Caucasian Islamic Army on behalf of the Ministry of Defense of Azerbaijan. The participants of the march laid flowers at the monument. The national anthems of Azerbaijan and Turkey were performed. Then the grave of an unknown Turkish officer was visited, flowers were laid to it, prayers were read.

The participants of the march from fraternal Turkey expressed gratitude to the President of Azerbaijan, the leadership of the Ministry of Defense and the organizers of the march for their great respect for the fallen soldiers of the Caucasian Islamic Army.