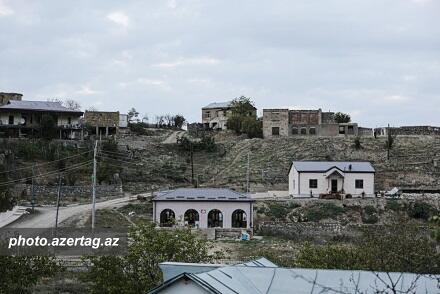 A delegation of experts of the Independent Permanent Human Rights Commission of the Organization of Islamic Cooperation (OIC), which is on an official visit to Azerbaijan at the invitation of the Azerbaijani Ombudsman Sabina Aliyeva, repeatedly fired on the next joint fact-finding mission during the 44-day war. Implemented in Tartar region.

Axar.az reports that the delegation got acquainted with the facts of shelling of settlements during the war in violation of international humanitarian law.

As part of the fact-finding mission, the guests first inspected residential buildings and other social facilities in the city of Tartar, which came under fire using weapons banned by the Armenian armed forces. During the meeting with the victims, the delegation was informed about the war crimes committed against the civilian population during the Second Karabakh War.

Later, the delegation of the ECO NDIC got acquainted with the evidence of heavy artillery and rocket attacks, which led to the loss of life and destruction of civilian objects.

It should be noted that the delegation's visit to our country continues.