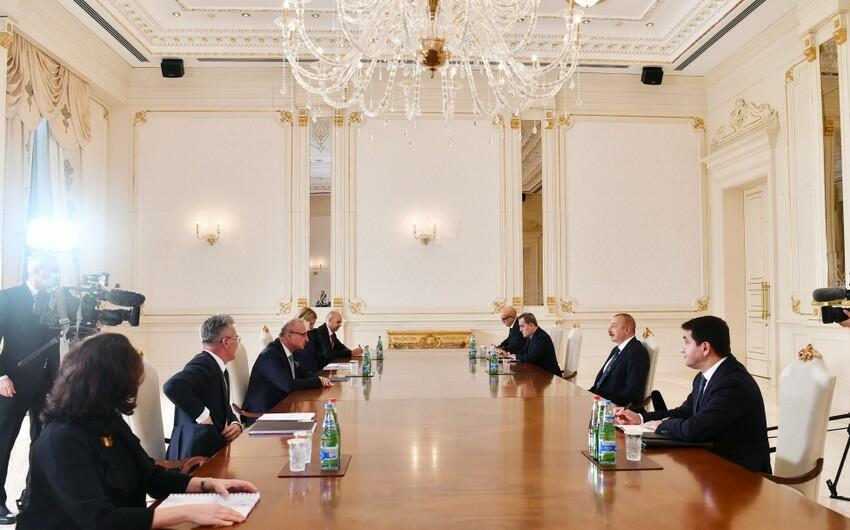 Axar.az informs that minister Gordan Grlic Radman conveyed the greetings of the Croatian leadership to the head of state.

President Ilham Aliyev thanked for the greetings and asked to convey his greetings to the Croatian leadership.

They noted that Gordon Grlich Radman's visit to Azerbaijan provided a good opportunity to exchange views on the prospects of bilateral relations, expressed satisfaction with the development of Azerbaijani-Croatian relations, stressed the good potential for expanding economic cooperation, exchanged views on cooperation in tourism. , as well as issues of cooperation in the field of renewable energy were discussed.

During the conversation, it was noted that Croatian companies are interested in participating in the restoration and reconstruction of the liberated territories of Azerbaijan.

The meeting also touched upon the issues of Azerbaijan-EU cooperation, emphasizing that Croatia has always supported Azerbaijan in this matter.