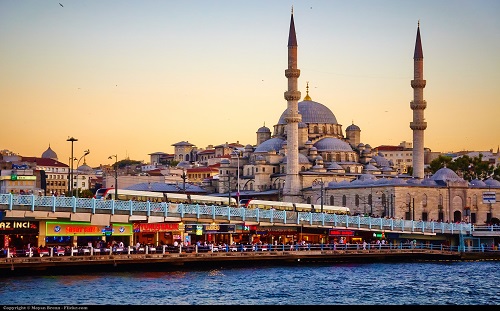 Axar.az reports that the wind, which has been blowing in Istanbul since this morning and intensified in the evening, blew off the roofs of a number of houses. In many parts of the city, roofs fell on citizens and cars. A similar incident in Istanbul's Asenyurd and Sultangazi districts killed four people and injured 19.

A strong wind has uprooted a 270-year-old plane tree in the country's Bursa province. In the Osmangazi district of the city, the roofs of houses fell on tram lines and carriages. Due to this, some tram flights have been canceled. The plane belonging to Anadolu Jet, which was flying from Trabzon to Bursa, could not land at Yenisehir Airport due to strong southwest wind and was diverted to Ankara.

As a result of heavy rains in the country, large puddles appeared on the roads and trams in Izmir and Kocaeli, and some public facilities were flooded. A number of boats were severely damaged. Sea voyages have been suspended in Istanbul, Izmir, Bursa and other provinces. Istanbul's Bosphorus has also been temporarily closed for shipping.

According to hydrometeorologists, unfavorable weather conditions will continue for several more days. The population was warned about it.

The number of people injured in the hurricane has increased in Istanbul.

He noted that 38 people were injured and 4 died as a result of the disaster.