I ordered a ceasefire - President 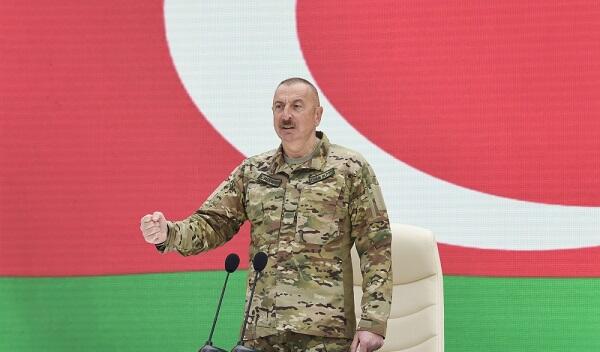 "Unfortunately, all our previous punitive measures have not been a lesson for Armenia. Yesterday's incident is no exception. The Azerbaijani Armed Forces have taken decisive measures to punish the perpetrators, and today I received 6-8 enemy servicemen, according to the Defense Minister. However, they must understand that the death of an Azerbaijani serviceman will never be forgiven. Despite the request of the Russian peacekeepers in the direction of Kalbajar, at 21:30 I ordered the Minister of Defense to cease fire and allow the Armenian side to take many wounded. end Ib - crimes, provocations, covert provocations, punitive measures of the Azerbaijani side, and then pleas for a ceasefire. As a result, Azerbaijan again demonstrated humanism, but only after we came to the conclusion that the punitive operation should be completed," Ilham Aliyev said.