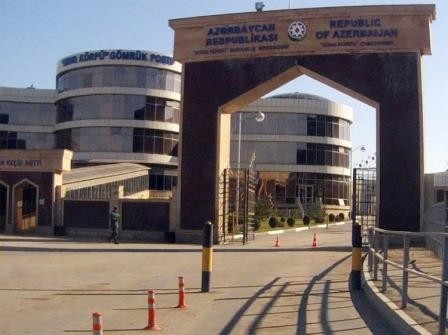 A relative density is being observed at “Siniq korpu” customs checkpoint on border between Azerbaijan and Georgia from early today.

Azerbaijan State Customs Committee told APA that it is related with the high number of people traveling to Georgia due to holidays. Another fact complicating the operation of the checkpoint is that vehicles are moving to Georgia from Russia on Russia-Azerbaijan-Georgia route due to the collapse on the Russian-Georgian border. Thus they are also passing through “Siniq korpu” customs checkpoint.

Customs officers of “Siniq korpu” checkpoint are working in emergency mode, three crossing lines for vehicles are open. The problem will be resolved in the coming hours.