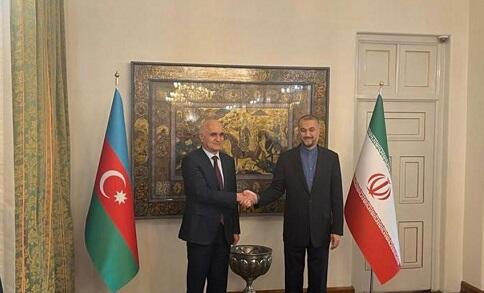 Axar.az reports that the sides expressed satisfaction with the high level of development of bilateral relations and the increase in trade turnover between the two countries. They stressed the importance of starting the implementation of the agreements, as well as the Memorandum of Understanding on the establishment of new communication links between the Eastern Zangazur economic region of Azerbaijan and the Nakhchivan Autonomous Republic through the territory of Iran.

The sides also exchanged views on topical issues of the bilateral cooperation agenda. The sides praised economic, trade, transport, humanitarian and other cooperation between the two countries, as well as high-level reciprocal visits.