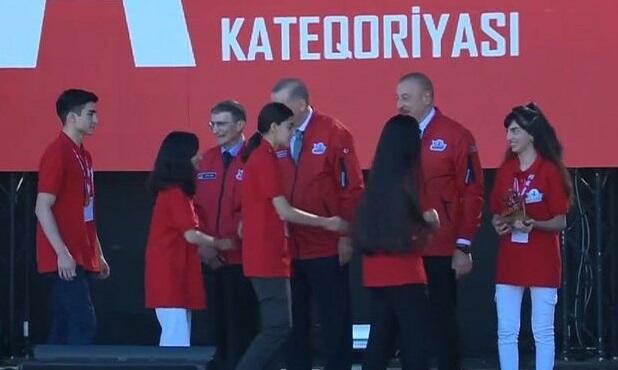 Prizes were awarded to the winners of the "Cansat Model Satellite" and "Unmanned Aerial Vehicles" competitions organized as part of the Technofest Azerbaijan Aerospace and Technology Festival in Baku.

Axar.az reports that the winner of the Cansat Model Satellite competition was the Istiglal team of the Baku Higher Oil School, which successfully launched its satellite model.

The winner of the "Unmanned Aerial Vehicle" competition was the team of the National Aviation Academy "MockingJay", which launched its free mission with drones designed by them.